Charles Baudelaire was born in Paris, France in 1821. Except for one brief period he lived in Paris his entire life.

In 1841, at the age of twenty, Charles Baudelaire, at the urging of his parents, who had the money, and were disturbed by his propensities to what was known at the time as “dandyism”, embarked on a voyage bound for Calcutta. The hope was that the experience might straighten him out.

He got as far as Réunion Island, a French protectorate east of Madagascar, where he decided to give up on the voyage and return to Paris. In later life he regretted not completing the voyage. He died in Paris in 1867.

The thing that struck me early is the emotion in Charles Baudelaire. The conviction. And what appeared to me as his disdain for just about everything. He’s not actually disdainful of everything.  He despised convention, and mediocrity.  He managed to get himself very heavily into debt.

Charles Baudelaire lived to be 46. For the last 20 years of his life the poet, translator and critic suffered from the varying effects of syphilis.

Representative of his cool critical eye, Charles Baudelaire knew of and translated the works of Edgar Allen Poe.  Poe died in 1849 at the age of 40.

Charles Baudelaire wrote about a land of grace and measure.  He also wrote about angst and personal suffering and the chasm separating disillusion and the ideal.

Charles Baudelaire wrote about a wild ride. His poems are a mix of the morbid and the ecstatic ground up in a terrible wit. 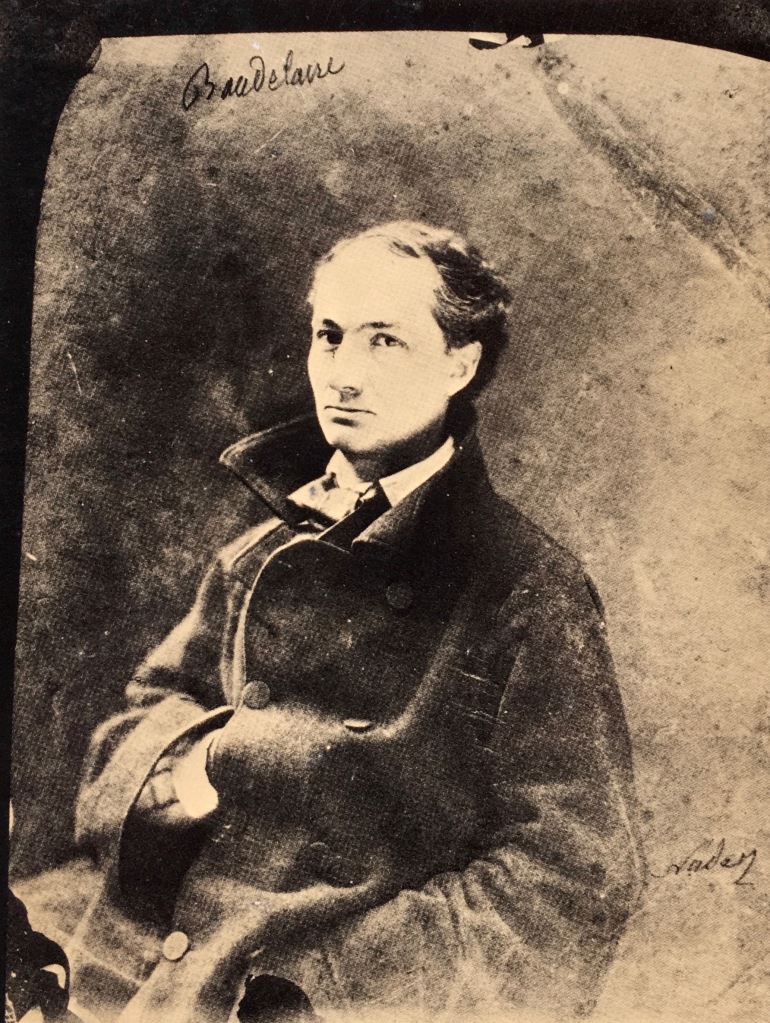 On Sunday January 8, 2017 at 3pm I’ll be reading from the works of Charles Baudelaire for the Dead Poet’s Reading Series Reading Series at the Vancouver Public Library Main Branch, 350 West Georgia Street, Vancouver.

As the usual venue, the Alice MacKay Room, is unavailable due to flooding the reading will take place on the library’s 3rd floor in the “L3 Program Area” just to the left of the escalators.

I’m privileged to be reading with some fine writers January 8.

Hope to see you there.