I dug some stuff out of the history books again. There’s more Drive-in Theatres still around than I thought. There’s still 3 in the province of British Columbia. And then I remembered I worked at one.

And then the movie started. The “Twi-Night Feature”. That’s the first movie preceding the main feature. And depending on how bright and light it still is, that first feature starts and it can still be pretty light out.

You’re sitting in your car.  You’re either driving it or years earlier a child sitting on the bench seat between your mother and your mother’s girlfriend. Either way, it just works. It’s “Annie Hall”.  It’s a bit faint up there to start but as it gets darker and darker the picture’s up there and it’s getting brighter and brighter.

The speaker thing is hanging on your half-open window and everything is coming through fine. Then they got rid of the speakers.

“Revenge of The Nerds” is a great movie.  I remember that one from the “Hillcrest Drive-In”. I was working the box office and I needed to get to Coquitlam. I still feel bad about it but I grifted about 20 dollaroes from the take.  The guilt is still there.  It’s tough.

A crazy idea that almost worked. That’s what this is about, right? You load up and head to the drive-in.  I was shocked, disturbed and deeply concerned and fascinated to learn that there’s still one out there.  You know.  Out there.  Out there.  In Aldergrove.  In where?

I’ve been there and it’s not the way I remember it.  Nothing used to be in Aldergrove, which was kind of unique. Things have changed.

The “Twilight Feature” it’s also called. Or used to be called. And still is.  And the concept still gets me.  You’re sitting in your car. If it’s the drive-in you’re usually in a group. Bring the whole family.  It’ll be all right.  It’ll be dark. 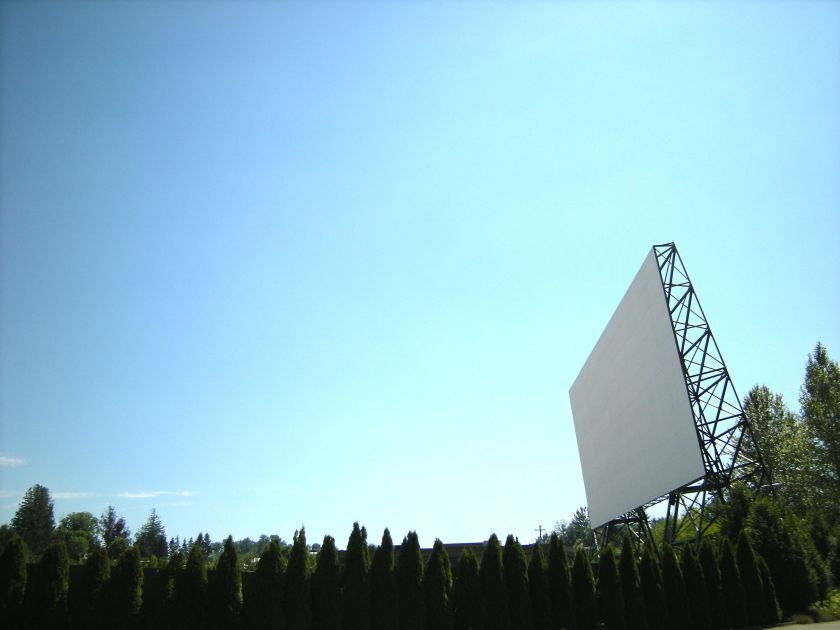 They tore down the old drive-in because most of the people who worked there are dead. Market housing.

It’s not a bad reason but the Drive-In goes on, obviously. You can’t kill it.

Thank you for watching and thank you again for your kind consideration.

Happy and thriving like a wet puppy Canada Day to you.