Nobody called him that.  “Mad”.  Except my father-in-law whose mother, Amelia, was Edward “Mick” Mannock’s cousin.  “Micky” yes, but surely not “mad”.  I was re-reading ole father-in-law’s autobiography after 20 years, one of 37 books he published, and I didn’t recall him calling him that from the first read-through so it stuck out.  Everything’s twenty years.

It’s all getting a bit vieux chapeau, Gertrude.  Stupid war.  All this bloody killing. 1918 and we’re still bloody going at it. I’ve had it.

I’m not sure why a “Major.”  What else have I been wrong about?  He was too modest.  Staff sergeant Milliby said: “If you’ve been gazetted a major, Major, then you’re bloody well a major.”  So that’s the reason why.

Mick didn’t take a course in killing German airmen in WWI.  He was self-taught.  He killed with a ferocious efficiency.  Early on at 40 Sqd. returning from a patrol the right wing on his plane fell off at 700 feet.  Rather than die he managed to crash land.  After that nobody wanted to talk about how Mannock didn’t know what he was doing.

“Gentlemen, always above, seldom on the same level; never underneath.”

And don’t follow your kill down.  You can get shot up from the ground.  Especially true for Mannock because he always attacked from the east and his combats were always over German-held ground.  He was the top “Ace” of the Great War.

I have my own theory about what happened to Mick Mannock that cheerful July morning over the lines under low cloudcover at five am.   After those two bastard enemies in the German flying contraption were killed.  The Kiwi, Inglis, was in on it.

“Both my guns were going full out, when suddenly the Hun’s tail shot up in front of me.  A chill ran through me as I pulled up, just missing his tail and wing by a fraction.  Looking back I saw my first Hun going down in a mass of flames.”

It was a special trip because the squadron usually didn’t open much before 8 a.m.  But Inglis needed a first Hun and the major, who by now wasn’t just a legend in his own mind but a greatly respected leader and teacher, and, sine qua non, survivor, wanted to help the Hun-less flyer out. Of course he did.

“We circled once and started for home.  The realization came to me we were being shot at from the ground when I saw the major stop kicking his rudder.  Suddenly a small flame appeared on the right of Mick’s machine, and simultaneously he stopped kicking his rudder.  The plane went into a slow right-hand turn, the flame growing in intensity, and as the machine hit the ground it burst into a mass of flame.”

“I saw no one leave the machine and then started for the lines, climbing slightly and at about 150 feet there was a bang and I was smothered in petrol, my engine cut out so I switched off and made a landing 5 yards behind our front line.”

That’s not Mick, of course.  He’s dead even if it is only five-thirty in the morning.  That’s the after action report of Inglis, who’d come all the way from the southern hemisphere to give battle, but hadn’t killed anybody before this morning.

It’s quite evident.  It’s never been precisely determined where the Germans buried the major’s body. It’s another one of those things that happened 100 years ago.  Birth, death, it’s all the same.  If things had gone a bit different, and Major M. had got through this morning, he could still be alive.

A hundred doesn’t mean much, especially when you are.  I’ve no idea, but if you cross me in this deal I’ll see you hang.  I’d trade the bunch of you for a couple of campfire girls.

Kirk was the king of the Capital.  And the Orpheum too.  The Paramount.  The Vogue.  The Cascades.  The Hillcrest.  The Circle.  The Varsity.  The Palisades.  The Dominion.  The Studio.  The Bayview.  The Ridge.  The Belmont.  The Clova.  The Dunbar.  The Fraser.  The Strand.  The Stanley.  The Hollywood.  The Colonial.  The Lougheed Drive-in.

It doesn’t matter now.  You haven’t played straight with me for five minutes since I met you.  And keep that gunsel away from me.  I’ll kill him.  There ain’t but one way out of here and this here is it.

When you side with a man you stick with him.  If you can’t do that you’re like some animal.  You’re finished.  We’re finished.  Blast.  Madness.  Madness.  We were talking about a lot more money than this.  You gotta get your offer way up there in the air where it belongs.

Those are our troops, General.  Think it over.  You’ve got five minutes.  Then you’re either in or you’re out.  For keeps!  That’s right.  Joe couldn’t find a prayer in the bible.  Let’s go down to the bar.  We can cool off while we try to impress each other.  I hate surprises myself.

He was good in “Out of The Past.  He had moments in “Man With A Horn” and was good in “Paths of Glory”.  Then he really got famous.  Frank Gorshin used to do a great impression of Kirk Douglas.  And look what happened to Frank Gorshin.  He never got to act in “Spartacus”.

Just as a quick aside do you ever get fed up with predictive text?  I do.  Who started it and if we find that individual, as Jimmy Pattison says, “Send him to me.”  Or her.  Send her to me.

I won’t obey that order.  You make me sick with your heroics.  You’ve got the stench of death about you.  You carry it around in that packsack like the plague.  I stick my neck out for nobody.  Fasten your seat belts.  It’s going to be a bumpy night.

I don’t care if it short-dicks every cannibal on the Congo.  You will not like me.  I’m sorry, sir.  Those are the numbers.  Sucking the life outta real cops because you don’t have the guts to be one yourself.  Let’s go!

There’s no place like home.  I coulda been a contender.  If you’d come to me the people who ruined your daughter would be suffering this very day.  We want Angel.  We’re not hanging onto anything.  We are advancing constantly.  America loves a winner.  And will not tolerate a loser.

What are you rebelling against?  Whadya got?  My army of beggars, cutthroats and thieves is ready to march.  I’m not saying it’s gonna be easy, but it can be done.  Never get out of the boat.

And that’s just about all the old movie dialogue I can remember.  Some of it’s Kirk’s, some of it isn’t.  Doesn’t matter.  It’s what the man represents.  This is a tribute.  I am Spartacus.  It’s the dimple in the chin.  It’s a world unto itself.  Always.  They’re paying for it, you eat it. 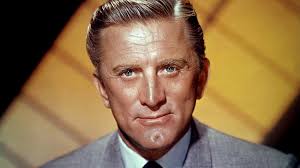 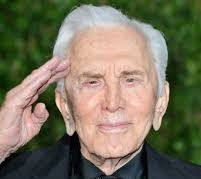 Americans traditionally love to fight.  All real Americans love the sting of battle.  You’re a mean one, Mr. Grinch.  You don’t think I’d go into battle with lose change in my  pocket, do you?  Feeding you, Jack.  Feeding you.  Ya sweat your guts out!  The great spirit moved in me and I decided to spare these villages.  I love the smell of napalm in the morning.  What happened to your mission, Captain?  Nha Trang forget all about you?  We don’t need no stinking badges.  May the force be with you.

Big thanks to CSNicol for additional old movie quote help

That was nice of that guy at the Globe&Mail to get back to me even if it was nearly a month. Emails are easy to ignore and I didn’t have the gentleman’s phone number. It was a query. A pitch. Turns out it was a strike so I may be doing something for them.  Makes a nice change. 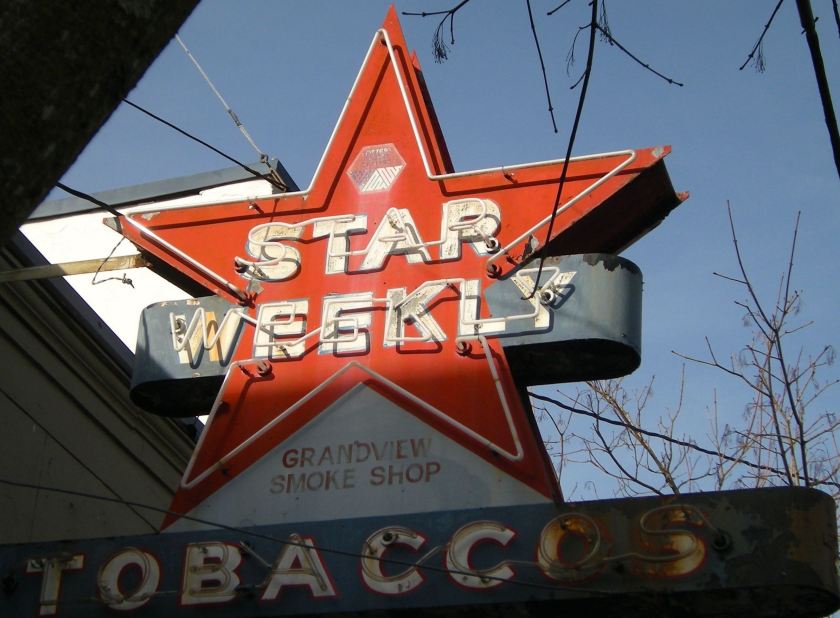 On an unrelated note, although, as we know, everything is related, I only remember two of these signs.  This one on the west side of Commercial Drive a few doors south of 1st Avenue, and the one in the 1500 block of West Broadway on the north side just west of Granville Street.  Are you getting this down?  It’s important.

The one on Broadway’s been gone a long time but this one here on Commercial’s hanging in.  Barely.  I remember it when, as a youth, I lived in the neighbourhood.  That’s right.  Me.  Lived in the neighbourhood down at 7th and Commercial.  On 7th on the north side just east of Commercial.  Right there.  It’s kind of a miracle this sign still exists because the publication it’s advertising has been out of business for decades.

The building it’s hanging on is the same building as when I lived in the neighbourhood.  Virtually nothing’s changed.  It was kind of run down then and it’s run down now.  Just a little more run down.  I don’t know where this is going. 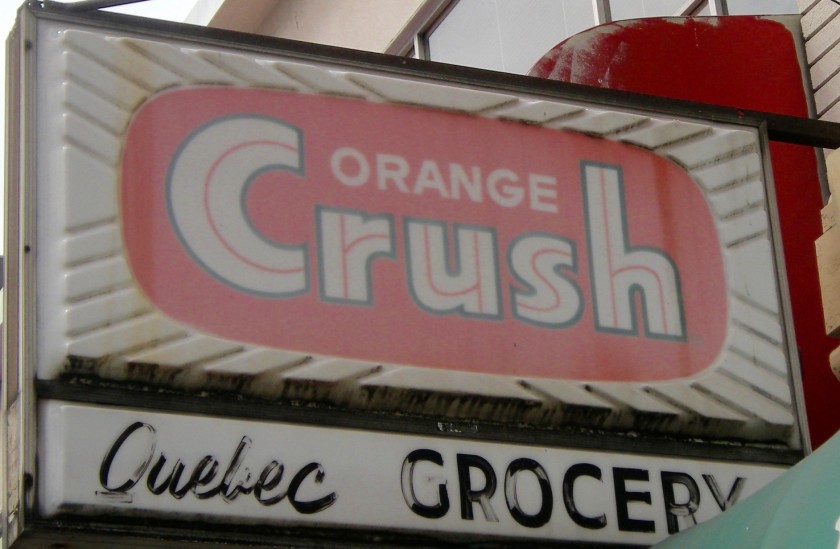 Oh yeah.  Quebec.  If there’s anybody out there who can tell me that the original proprietors of this little shop were from Quebec it might solve the mystery of why “Quebec Grocery”?  There’s “Quebec” street but it’s a mile or so east of this old sign.  Or at least what used to be this old sign.  Because this old sign, alas my children, finally left us. 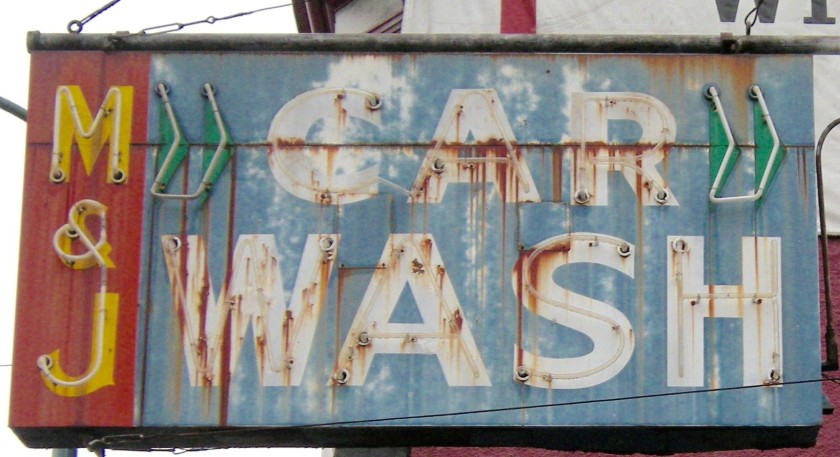 And this one.  4th Avenue east of Fir. You know.  The question is how does it go on?  What vital essence does this sign have in abundance to still be staggering on in 2016?  This is the bravest sign I know.  Something has blessed this sign with a terrible longevity and I am impressed, sir.

Now what was my point?  Oh yeah.  And it so happened my consort and I were vacationing  on a recent afternoon in “East Van” as it seems to like to be known as now.  I’ve also lived on Welwyn Street near Commercial “Street”, even if it was a while ago, so I know all about this east van stuff.

And here it is.  The place I lived on 7th Avenue and it’s still here like an old sign.  It’s exactly the same only more faded.  I can hardly believe it myself. 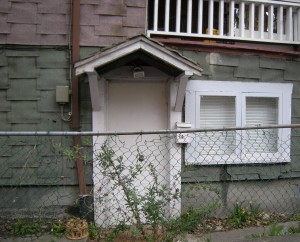 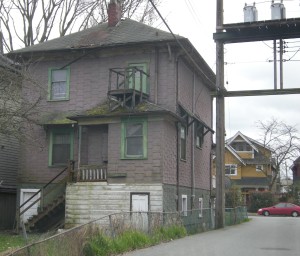 I remember burning down the Italian landlady’s vegetable garden which was in the small back yard there in the image on the right.  She was incredibly polite about it.  “Esteef.  Pls don’t a burn the vegetable.”

I was playing with matches and burning bits of plastic.  The plastic would melt wonderfully and drip down on fire onto the helpless tomato plants.  To me it was just stuff growing back there.  I didn’t know from tomatoes.  This story is partially true.

That sordid side entrance, the image on the left.  It had a better door when we lived there.  The door had three longitudinally arranged opaque glass panels or something like that.  It was a real “front” door.  The overhang is exactly the same.

The place looked slightly better then and was respectable enough for a single mother of two boys.  My mother never thought of herself as a “single mother”.  That term came into use later.  She worked at the dry cleaning plant up near Kingsway and Main.  Long gone.

This dump ain’t even for sale and it’s 2016. That ancient kind of rose or taupe coloured, or whatever it is, and green asphalt shingle siding is also exactly the same.  It’s a testimony to the durability of asphalt shingles.  Oh mother, what is the use?  Ain’t they ever gonna fix this place up?