Even the longest-seeming trips can end in thank yous and handshakes.  At least it ought to be like that.  We’re pretty glad and appreciative it went that way this time.

I like it here.  Where your personal failings and idiosyncrasies will be understood and overlooked.  And no one is ever turned away.  That’s what they say and that’s what they do.  It’s good follow-through.  And you can drink a hell of a lot of coffee.  A great place.

That is one heck of a war-bride.  I’d fight through thick and thin for an opportunity to meet this young lady.  She may have been a bot, because let’s face it, this is a pretty cosmeticized image.  Cosmeticized.  I may have just invented a new word.  But look at those teeth.  And that 1945 hair.  This is a real human being.  I feel a strong urge to know more. 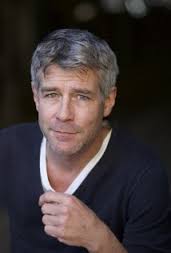 Hello, I’m Tim Williams.  I’m from Texas and I speak really good German.  I’m an actor.  Maybe that’s why.  I love acting and I’ve been in a couple of pretty good films.  One is an English language take-off on Count Von Stauffenberg vs the Nazis that starred my good friend Tom Cruise (Valkyrie, 2008).  Actually, I don’t know the guy at all.  The other is a German language take-off on a lonely 1950s West German lawyer (Labyrinth of Lies, 2014) who get’s really perturbed at all the ex-nazis lying around pretending they’re real people.  And toughs it out and nails some of these krauserschwein and the whole country rises up against a labyrinth of lies.  And I’m also the Trivago guy on TV.  Great if you’re looking for hotels.

And now you need to be on your best behaviour because you know what’s coming.  Nobody struggled or fought harder in Bacteriology than this individual. She paid the price in lab time and got through.  French was her best subject.  Doesn’t matter.  This incredible person symbolizes perseverance, devotion to duty, and cute little hands.

It’s astounding what you come across in the past.  There’s that continuity when members of the same family have lived in a house for more than 70 years.  That’s a long time around here.  It may not quite be Le Temps Retrouvé but its close.  And you have to go through everything because it’s there and the house has been sold.  You get as close as possible and the rest is imagination.  That’s it.