That’s right.  If you can say it you can do it. Everything’s a mystery now.  You just don’t know what’s coming next but at least you’ve realized that’s how it should be, instead of fighting it.  It just flows.  You don’t want to die.  You try to be on time.  It takes guts to do anything after all you’ve learned, but punctuality is the main thing when you come up here.  Your girlfriend may not be on time but you have to be.  If you aren’t she’ll beat your head in.  Word of caution.  Never, ever have an 80 year old girlfriend.  It’s terribly difficult to explain.

I’ve figured something out.  There comes a time in everyone’s life when you need it.  You need it but more importantly it needs you, and even if you didn’t need it, you’d want to be around for your girlfriend.  He always has whatever you need.

Get out the ‘writing helper.’  Because it’s too late, and you can’t do this anymore.  You’re not ‘getting and spending’ and that quote from Dr Johnson haunts you.  ‘Nobody but a low-down, filthy con-artist ever wrote for anything but money.’  So what’s going on here?

Fact is I like it here because nobody bothers me.  I get very few mentions and there’s something else.  I’m powerless, really, to effect change.  Have no illusions.  You can do everything right and no one will notice.  Why should they?  Who are they, anyway?  It’s not about content, it’s about the triumph of ephemerality.  It’s about mastery of the inconsequential.

Allen Wrenches.  What do you know about this guy?  He’s a tool.  He’s a pistol.  I figure my girlfriend’ll know about this clown and we’ll have our solution.  My girlfriend has tools that have tools.  Incredibly well connected.  And I need something so here I go.  I despise tools.  I won’t have one in the house. 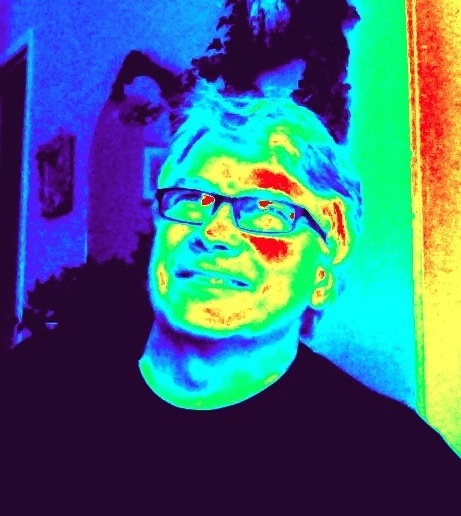 It’s a nice drive up to the old sod in slumbering Point Grey.  Everything’s been planted here long ago.  A lot of houses are disappearing in the face of thundering new houses.  The sod went up in 1913 but will be staying on as long as my girlfriend’s around.  We down a kilt-lifter to kick things off then move on to Señor Wrenches.  He’s got a lot of friends in an old salad dressing jar.  I remember this line of salad dressings.  They used to locate in the produce section, not in the salad dressing aisle, so they were special.  The jar is brim with the tool in all its many sizes.  I don’t know what I’m doing so take the whole jar.  There’s a problem at home with a tap and before we send in the plumbers we’re pledged to try a fix ourselves.

We talk irrelevancies, my girlfriend and I, then I drive away.  Down the hill I try everything in the bottle but the fishhook circa 1937, but nothing works.  We just can’t do it.  A part’s coming from Barrie, Ontario and if it don’t get here soon even Russell Crowe won’t help.  To rinse a glass is to take a bath.  I forget the rest.  What’s a fish hook doing in a jar of wrenches?  Thought about that one too.  It’s about as sensible as anything else around here.